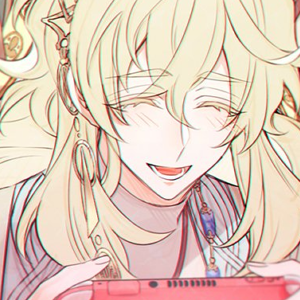 (Your mental state is now "Normal") 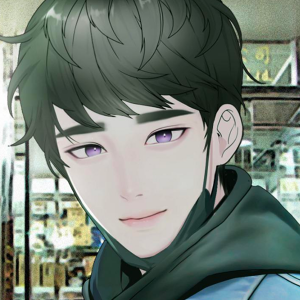 have you seen this man? → if found, please tell him his hair is FINE and he doesn't need to spend six hours out of twenty-four fixing it; his exes all over the world miss him dearly. also, they want to see blood.

people waited 4 years for this thing hoping for...? another messenger vn? a real fake boyfriend? a little more of that balls to the wall ch*ritz magic?

obviously there was no way it would live up to the hype, regardless of angle. it just so happened that they also chose to monetize it mercilessly and to make your Government Allotted One Boy a frustrating bore. there's hints at something deeper or more nefarious, but at the minute all signs point to it being exactly what it says on the tin: a love story that lasts forever, or until the end of service does us part.

to my credit, i did try it for a day and a half. i found the initial premise creepy and weird, but the horror/scifi type theories sounded plausible enough, and more importantly: they threatened the foundation the game is built upon. you think they're giving you empty love for sad people, but it's really TRYING to say something about empty love, about escapist fantasy, about disposable fiction.

already the ingame forums are full of commiserating over past experiences with Men Of The Flesh, while on social media people are tearing this dude limb from limb for being too fake (you can't text with him normally, in these scripted convos designed to make the protagonist as self-insertable as a coffin) and too real (homeboy is NOT a great listener, nor madly in love with you on day two of two hundred).

but hey, reading other people's divorceposting about it is pretty funny

read örökölt sors. admittedly i was a little skeptical of some of the anecdotes (i'm glad there's someone out there who apparently soothes themselves by recalling that the person they're arguing with is acting out because of their underdeveloped frontal lobe, i really am). lots of deliberate word choices about writing and rewriting, myths, stories and fantasies in regards to the past. i found the bit about tracing the origins of recurring phrases and sentiments within a family particularly interesting. obviously reading too much into things runs the risk of missing the mark but anything that opens a space for peace and empathy where before there was only hurt seems like a worthwhile pursuit

also i removed some entries that said nothing to me. squeak squeak

as obsessed with my powerpoints for crazy people as ever. recently i've been replaying hakuoki. i have fond memories of skipping class, reading it on a dinky silver psp and finding it kind of boring. pickings were slim back then so i stuck with it out of a sense of civil duty, but i keep seeing people talk about it so i figured it was due for a revisit.

one of the things i was most curious about was how they inserted all the random new bishounen, and why in the time since shinkai they haven't marched ass first into the boy-begetting-boy scheme they were clearly intending, but it seems even the good folks at otmt realize that you can't milk a dead horse (upcoming fd notwithstanding). the one chapter of iba's i managed to power through was like playing as the damsel of a truly bottom-of-the-barrel shounen that discarded all pretenses of being about the shinsengumi the moment it could

the original routes are fine however. the new scenes round things out nicely, and even though the fantasy elements hurt more than help most of the time, i could kinda see what they were going for with the themes. if nothing else it made me wanna read about the history of bushido

stumbled into some compilations of different performances of great comet and fell in love with the set design again, especially the seats embedded in the stage.

theater asks a lot of you because of the physicality of it; the actors aren't off in their own contained world, you are breathing the same air. it’s full of grand gestures and grand emotion that transmits even when you’re in the furthest seat, which is especially true for musical theater where you can't get a solitary fucking thing out of it if you don’t accept that they are going to be singing and dancing under your nose right NOW.

comet stretches it further by foregoing a ton of props and just having the characters narrate the scene themselves while they act out the emotional content of it. natasha is on her feet, hugging herself narrow like someone buried when she "throws herself down onto the sofa" and the friend whose hand she swatted away is half a world apart. 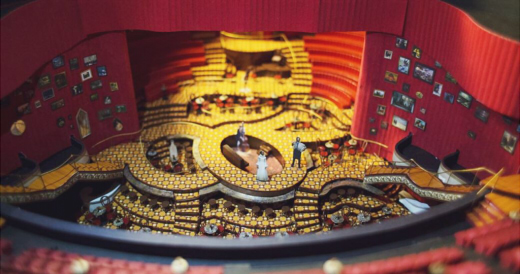 the distance between the actors chasms while pockets of audience act as their confidantes and go-betweens, as flings and lessers. they share intimate moments as they wander and loop through the stage, move at the speed of a thought turning back on itself. half the fun of watching these performances for me is also in seeing the reactions; i can't imagine awkwardly trying to stare past denée benton having a breakdown after paying for the special seating that would put you within sneezing distance of her. You either swivel or you die.

buds the size of my fist on a tree i passed today, but mornings still make me think of that novella about the guy who falls in love with his heater. (← conscientiously not running the heater anyway)

i forgot how fun it was to make stories with someone else.

somehow managed to keep a reading habit. i'm trying not to make any funny complaints over here but what's 女性就学機会均等法の象徴的存在 doing in a short story about baking cookies

lately all my dreams are about kitchen implements or food going bad. that and a switch game that required you to put it in the microwave as its main gimmick